Thomas Whitty’s genius as the unsung hero of Georgian England lay in his ability to interpret patterns to the patron’s or architect’s requirements as he wove his magic carpets, some of which remain to this day on the floors for which they were produced some 250 years ago.

He almost certainly drew his first pattern himself, inspired by the Turkish carpets he had seen in London and at the house of well-to-do Axminster resident Mrs Forward. 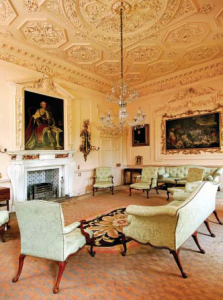 The earliest carpets for which we know the exact date are at Dumfries House in Ayrshire. They were delivered in 1759 and the designs are clearly based on such French carpets as Whitty might have seen in the Fulham carpet workshops in 1755, started by weavers from the Royal Savonnerie Manufactory in Paris.

Carpets of the “best sort” included designs from many sources. In 1765, Whitty designed King George III a carpet for his Queen’s Dressing Room, and mentioned being given patterns to use. 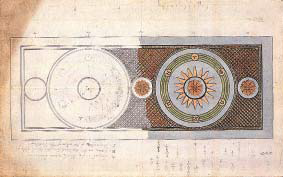 The carpet piece in the Museum at Axminster is perhaps one of the “common sort”. With only 16 knots per square inch (compared with an average of 35) and a largely plain main field, it was made to fit a particular room in someone’s house in the town. The flowers are beautifully drawn and illustrate perfectly what Thomas Whitty wrote, that although his carpets were cheaper than other hand- knotted carpets at the time, no one was “able to see such a difference in… goodness and beauty”.

Famous architects such as the Adam brothers, Soane, Leverton and Crace designed carpets to complement the rooms they created. Lewis Wyatt was another. His design for the 60 foot carpet for the Library at Tatton Park, Cheshire – made between 1812-1820 – included the sun’s rays, stars, a cres- cent moon and zodiac signs. Part of the original design drawings are still at Tatton Park, and Wyatt also reflected the design in the ‘Petal’ flowerbed in Tatton Park’s Charlotte garden. 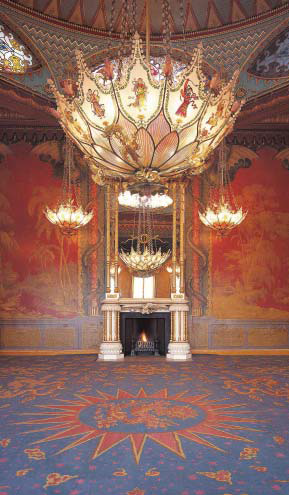 The Axminster carpet at Saltram House – woven between 1769-70 and delivered in September 1770 – mirrors the Adam- designed Saloon, with the tripartite ceiling reflected in the carpet. A letter from Saltram records its arrival: “Carpet arrived this morning and was spread on the lawn – very beautiful indeed.”

All through its 80 years, the original Axminster manufactory was famed for
its floral carpets. The earliest are rather formal but through the 1760s and 1770s the designs became more natural, including honeysuckle, convolvulus, harebells and apple blossom, as well as striped tulips and auriculars. Around 1800 it became fashionable to have designs with no centrepiece but flowers simply strewn all over the carpet, including more exotic flowers such as hibiscus. When dahlias and chrysanthemums became fashionable in the garden, they too appeared in the borders of carpets made in the 1820s and 30s.