This section is about some of the people associated with Axminster. We have included some of the institutions and fabric of the townspeople: Religion, The Workhouse, Municipal Services, Medical Practitioners (doctors and vets), Lawyers and Schools. Links to all in bold. We also remember the fallen that are recorded on the town’s war memorial. There is information about Thomas Whitty and William Buckland together with Other Notable Residents and a section listing Old Axminster Surnames. Links are given, both within the overview below and in the column on the right, to more detailed information about them.

It is inevitable that people have shaped and influenced our community and the way in which we live, work, learn, and relax. This section of the website provides information on selected individuals and groups of individuals linked to Axminster, plus a small amount of contextual information.

Axminster’s best known celebrity is arguably Thomas Whitty, who made our town’s name synonymous with carpets. Born at Axminster in 1713, his family had lived locally since at least the 16th century. He had started his first business cloth-weaving but by the early 1750s he was struggling. In 1754, on a visit to London, he saw some Turkish carpets which captured his imagination. By the spring of 1755, he succeeded in making his own 8-inch square of ‘Turkey’ carpet and a few months later he had made a prototype of a commercially viable carpet. His business and the reputation of the design and quality of his carpets took off. In the document The Start of Carpet Making in Axminster you can read Thomas Whitty’s own hand-written account of his business in the transcript of a copy of an original document   ‘A retrospective view of the origins and progress of the Axminster carpet manufactory’, written in 1790. Such was Thomas’ fame that in 1789 King George III, Queen Charlotte and three of their daughters visited Axminster to see his carpet factory.

William Buckland was born in Axminster in 1784 and as a five year old child he is sure to have witnessed the King’s visit. He studied at Winchester College and Corpus Christi College Oxford. An ordained Anglican priest, he grew to become a renowned English theologian. He was also a geologist and palaeontologist, writing the first full account of a fossil dinosaur, which he named Megalosaurus. In 1824, was appointed President of the Geological Society of London, later in 1845 he was appointed Dean of Westminster. He is best known for attempting to correlate his geological findings with the Old Testament, but many argue that Buckland’s studies paved the way for Darwin’s development of evolutionary theory.

Other religious figures and the churches of Axminster are explored in the paper Religion in Axminster. The Minster Church of Axminster has been in existence since at least AD 789, when it was identified as the burial place of Cynehard the Atheling, heir to the throne of Wessex. The Minster Church of St Mary the Virgin is today The Church of England parish church of Axminster, located in the town centre. A smaller affiliated Church (Holy Cross, Woodbury) is just outside the town. These are both part of a ‘team ministry’ which since 1983 has included three further local churches and chapels, in All Saints, Combpyne (St Mary the Virgin) and Chardstock (St Andrew’s); and, since 2001, Membury (St John the Baptist). The town also has a Roman Catholic Church (St Mary’s); a United Reform Church; a Methodist Church; an independent Christian Fellowship evangelical congregation (Purzebrook Chapel); and the Jehovah’s Witnesses. Most of these churches, together with the Baptist Church in Kilmington and the Quakers of Uplyme, belong to a grouping called ‘Axminster Churches Together’.

The paper Other Notable Residents has information about many of those associated with our town over the years including: John Churchill, First Duke of Marlborough 1650 – 1722 baptised at Axminster. His mother’s family had lived at Ashe House, Musbury for several generations. He was probably born at Great Trill, due to Ashe having been badly damaged in the Civil War. Thomas Wakely who, in 1823, founded the ‘Lancet’; George Pulman who founded the Pulman Weekly News and in 1841 published his first consolidated edition of ‘The Book of the Axe’; William (Harry) Dutfield who restarted carpet making in Axminster, his first carpet was completed by Coronation Day 1937 and was displayed in the window of Potter’s store in West Street.

We also include research on The Axminster Workhouse, which worked hand in hand with the Church. The town’s first workhouse was opened in 1738 on West Street, opposite the churchyard entrance steps. It is understood that by 1777 it could accommodate 80 residents.

Records of Axminster Schools are provided in a document which goes back to the end of the 18th Century, some names of those associated with their organisation are also given. The information explains the development of education in the town and for some of the surrounding villages.

Information on Axminster’s lawyers and the local legal infrastructure is given in the paper Lawyers. Although both civil and criminal courts had sat in Axminster for centuries, it was not until White’s Directory of 1850 that details of the courts and their jurisdictions began to be recorded in directories. Among the early evidence that we have of attorneys living and working in Axminster are the records of apprenticeships involving attorneys who lived in Axminster. We can conclude from this that by the second half of the 18th century local residents and businesses had access to a range of legal opinions and advice. By 1850 the County Court sat in Axminster on the second Monday of every month, and heard cases from the 17 parishes which comprised the Axminster Union, plus two additional Dorset parishes.

The section Medical Practitioners in Axminster cites evidence from records that show apothecaries and surgeons based here took on apprentices during the 18th century. Also several wills from the same period held in the National Archives (and accessible via their website) provide evidence of surgeons linked to Axminster. In 1887 Axminster Cottage Hospital was opened in the former carpet factory building on Silver Street, thanks to the efforts and support of Miss Emily Conybeare. The 1889 directory states that it had 17 beds, and names the matron as Miss Kate M White-Spunner. This paper also has some information on veterinary services provided in the town.

Many local surnames can be traced back in time through the many records available to us today. The document Old Axminster Surnames link is mainly aimed at those who are researching Axminster in the 16th to 18th centuries for the purposes of family history. It draws together in one place information on those surnames which are most frequently associated with Axminster in three publicly-available sources: parish records, wills and apprentice records.

Axminster’s Parish Registers, 1559 to 1812, cover baptisms, marriages and burials. Some 201 surnames are listed in this document from the hand-written Transcription / Index of the Axminster Parish Registers made by Robert Cornish of Cedar House, Axminster in 1898, as held in the Devon Heritage Centre, Exeter.

Axminster wills cover the date range from 1415 to 1857 in The National Archives searchable database of wills. These can be purchased by interested parties and ‘Old Axminster Surnames’ link provides basic details of all 319, together with the list of the 193 surnames which appear there. These are also listed on an Excel Spreadsheet  Axminster Wills

Apprenticeships registers also record the surnames. We have listed the names of the ‘masters’ (i.e. the skilled tradesmen) who were from Axminster, drawn from ‘Country Apprentices 1710 to 1808’ from the Society of Genealogists. These were all apprenticeships where money changed hands (i.e. where skills were required to be taught, and where the pupil was not simply from a poor family placed with a master to prevent him or her from becoming a charge on the parish) The records are accessible in full via the findmypast.co.uk website.

If you are interested in finding out more about the history of Axminster, a list of more comprehensive documents on this site is given on the right. If you are interested in doing your own research, please see our selections of the best books about Axminster and its surrounds. We also offer help with locating and interpreting old maps and relevant online resources.

• How to Find Old Maps of the Town and Area, Including online Resources 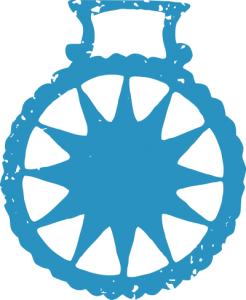