Legendary performer Judy Garland arrives in London in the winter of 1968 to perform a series of sold-out concerts.  For many people, Judy Garland’s story is the story of Hollywood: a natural talent who grew up in front of the movie camera, the pressures of fame that consumed her and the tragedy she eventually met.  In this new biopic, we revisit the last few months of her life: the booing crowds, the empty bank accounts, and the custody battle to come.  It’s less the portrait of the glamorous Judy Garland forever young and singing “Somewhere Over the Rainbow” and more the wounded figure still unsure if she could perform again the next night.  Renee Zellweger who stars as Judy has just won a Leading Actress Bafta as well as a Best Actress Oscar for her role.   £5 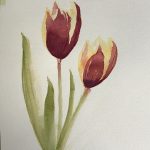 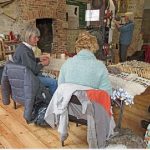 ‘By the Loom’ Axminster