Enjoy a cuppa with today’s talk by Nick Cole who tells the story of the Bantam soldiers of the First World War.

When hostilities began in August 1914, the minimum height for a soldier in the British Army was 5ft 3in (160cm). Thousands of perefectly fit men who wanted to fight were turned away. MP, Alfred Bigland had the idea of forming an undersized fighting unit. The War Office approved of the idea but declined to fund it. So Bigland decided to raise his own company and the 15th Battalion, 1st Birkenhead, The Cheshire Regiment was formed, composed of healthy men between 4 ft 10ins (140cm) and 5ft 3ins (160cm) tall. They were named Bantams after the small fowl which became their battalion emblem. The idea took off and spread to other parts of the UK. 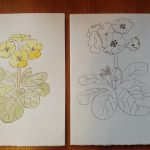 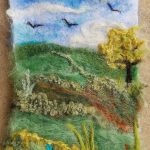