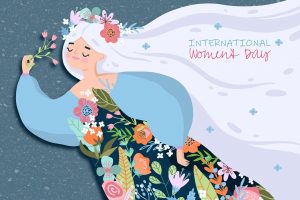 To mark International Women’s Day today we would like to introduce you to a remarkable woman – Margaret Tomlinson.

Margaret Tomlinson Née Tansley, was born on 20 September 1905 at London Pancreas, though by 1910 Margaret and her family had relocated to Cambridgeshire. * It was here that she attended The Perse School (the oldest surviving secondary school in Cambridge) and Newnham College, Cambridge. The latter was established in 1871 and possessed the reputation for being one of the few women’s colleges in existence at a time when women were still not allowed to attend university. Interestingly, amongst its co-founders was women’s suffrage campaigner, Dame Millicent Garrett Fawcett. (Newnham College, 2021).

On 14th September 1926 20-year old architecture student Margaret married her tutor, Harold Tomlinson in Chesterton, Cambridgeshire. She went on to have two children with him but sadly, the marriage ended in 1941 and it was then that Margaret decided to move to Devon with her two children to be nearer to family.

At this time, as a divorced single mother with two children to support, Margaret was desperate for work. As she had been supplying architectural photography for an advertising agency and architecture and design journals since the 1930s, it seemed a logical decision when she accepted a position with the National Buildings Record (NBR). Her job was to photograph building throughout the west country that were under threat of bombing during the Second World War. In taking this role, Margaret was to become the NBR’s first female photographer.

The work turned out to be challenging and though initially apprehensive and fraught with ill health due to flu and a septic ear, Margaret showed great strength and determination. An example of this is in a letter in which Margaret described having to ‘warm her camera under the bonnet of her car as the shutter kept sticking in the cold.’ (Historic England, 2021).

With the aid of petrol coupons, a wartime permit to photograph, a supporting letter issued by the police and a list of buildings in need of being photographed, Margaret travelled throughout the west country in her trusty 1936 Austen Seven capturing images of not only bomb damaged buildings, but also historic buildings at risk of being bombed. In addition to photographing buildings throughout the south west in cities such as Exeter and Plymouth, Margaret Tomlinson also photographed buildings at risk in smaller towns and villages. One such town is Axminster where she was to photograph the old carpet factory on Silver Street, which at the time was in use by the ‘No14 Platoon D Company, 4th Battalion, The Berkshire Regiment.’

After the war in 1946 Margaret was offered a job with the Ministry of Town and Country Planning as a Temporary Investigator which she took but returned in 1950 to photographing buildings at risk of demolition throughout Devon for the National Buildings Record. In 1954 Margaret moved to Little Easton, Essex where she was to remain until her death on 9th October 1997, aged 92. (History Collections, 2018).

A prolific photographer, Mary Tomlinson leaves behind her a legacy of nearly 3,500 images which she took between 1942 – 1963. The majority of these were taken for the NBR and are now held in the Historic England Archive.