This section is about some of the industry associated with Axminster. The town’s famous carpet industry clearly put Axminster on the map worldwide and continues to this day. For some time you would also find ‘Made in Axminster’ on brushes and it was written that the town was “… known for the excellence of tooth, nail and hair brushes”.  J H Shand Ltd. gained international recognition designing and manufacturing steel type for use in office equipment and industrial marking systems. Since the earliest recorded settlements in the Axe valley man has used the energy in the rivers to power machinery. Some examples are given in Water-Powered Industry in Axminster. Some other industrial businesses which gave employment to the local population are also described in this section. Links are given, both within the overview below and in the column on the right, to more detailed information about them.

The man who made the town of Axminster synonymous with carpets – Thomas Whitty – was born in 1716. In 1737 he set up his own cloth-weaving business. The business prospered and Whitty travelled to London where he saw some carpets imported from Turkey. He marvelled not only at their vibrant colours but also their size and the fact that they were seamless. For a long time he puzzled as to how they could be made. After much thought, Whitty had some ideas that he wished to try out. On Easter Fair day that year (25 April 1755), as his employees were away at the fair, he conducted some trials and succeeded in making an eight-inch square of ‘Turkey’ carpet. A more detailed history of this world famous carpet manufacture is given here Axminster Carpets.

Since the earliest recorded settlements in the lower parts of the valleys of the Axe and its tributaries man has used the energy in the rivers to power machinery. The earliest documented examples in and around Axminster include flour and grist mills at Weycroft and Millbrook, and at the foot of Castle Hill. Fulling mills (for the cleaning of wool and cloth) and machinery for the processing of flax and timber are also recorded. Kelly’s 1856 directory states that one mill was being used for winding and throwing silk with a small workforce mainly of children. To better manage the water supply Axminster town weir was built around 1836/37. George Heal established an iron and brass foundry in 1865, which later went under the name George Heal & Sons.  In 1920 the business as a whole was bought by H Norrington & Son Ltd of Exeter. An advertisement for the 17th annual show of the Axminster Agricultural Society 1924, declared that George Heal & Sons (now part of Norringtons) continued to operate as an iron and brass foundry and maker of agricultural implements. A water powered sawmill was also run by members of the Heal family, under the trading name of Heal & Sons.

From 1880 James Coate and the Bidwell Brothers both had successful brush making factories. It was estimated at the time that about 200 persons were likely to be employed in Axminster as a consequence. By the time Kelly’s Directory of 1889 was published, Axminster was being described as “… known for the excellence of tooth, nail and hair brushes”.  By around 1911 the two companies probably employed about 300 people between them, mostly women in their factories and as home workers.

From 1940 until the late 1980s J H Shand Ltd employed highly-skilled engineers and technicians, designing and manufacturing steel type used in office equipment and industrial marking systems; and the manufacture of tools and equipment for use by other manufacturing companies. The company’s original role was to supply individual letter type blocks to manufacturers of manual typewriters which they could build into their machines. As electric typewriters took over, the company specialised in the manufacture of plastic ‘daisy wheels’. As well as producing raised characters for use in typewriters etc , the company made embossing type to produce raised letters or numbers when pressed into metal or plastic. This technique was used to make credit cards, many millions of which have been issued. Another side to the business made larger equipment including precision machine tools.

During the second half of the 20th century local industry was mainly supplying farms with a range of supplies which they manufactured from steel, but also specialising in making light-weight consumer goods from aluminium tubing. Weycroft Macford was established in 1948, and manufactured milking machines and associated dairy farming equipment in Poole. They also had a branch at Axminster fronting onto the Chard Road, close to the edge of the town, from which farms in East Devon, West Dorset and South Somerset in particular could be serviced. In 1983 the business was closed and all of the staff were made redundant, but the site was then rented by Rodney Rendell (see below).

The Rodney Rendell Farm Service & Dairy Engineering business (generally more simply known as ‘Farm Services’) was established in 1983. It rented the former Weycroft Macford site and continued to supply some of the same equipment.

Axe Vale Engineering In 1961 Axe Vale Engineering Ltd was established by Emrys John (Sam) Pearse on a site near the station (previously used to hold cattle before they were transported by train, and now occupied by Axminster Tools & Machinery). The company’s main business was in the manufacture of fabricated steel structures, mainly (but not entirely) for use on farms.

If you are interested in finding out more about the history of Axminster, a list of more comprehensive documents on this site is given on the right. If you are interested in doing your own research, please see our selections of the best books about Axminster and its surrounds. We also offer help with locating and interpreting old maps and relevant online resources. 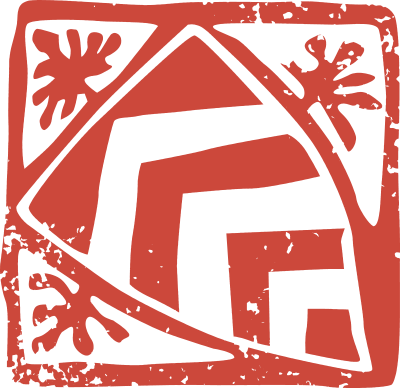