Archaeological finds (up to and including Roman remains)

There is a long history of finding pre-historic and Roman artefacts in the area around Axminster. The map below, which appears in Angela M W Dudley’s ‘Book of Axminster’ (Barracuda Books) shows most of the more important local sites where artefacts had been found by 1988, when it was published. Since then there have been further important finds of Roman remains in particular.

Consideration of finds specifically related to Newenham Abbey will in due course be found separately, linked to the history of the Abbey. 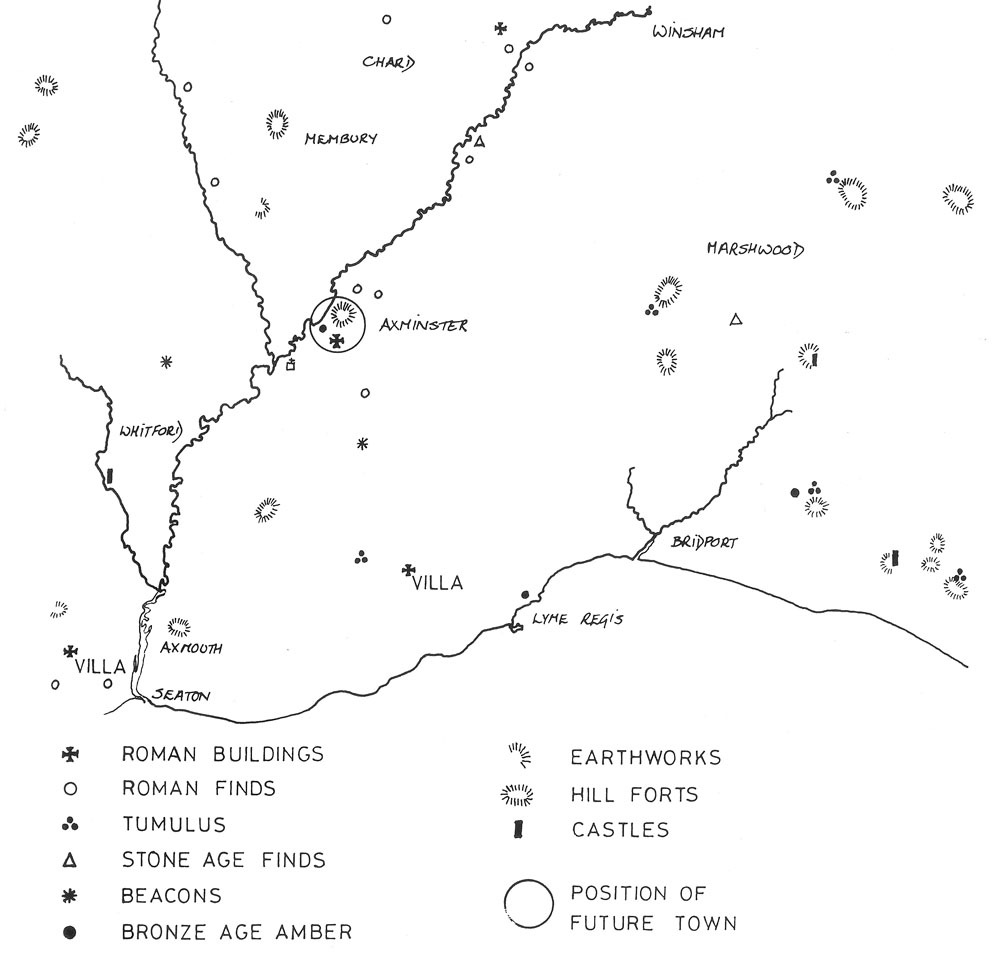 The earliest artefacts found locally date from around 250,000 years ago, well before anything resembling permanent settlements had developed. This find, which is of national significance, comprised a very large number of hand axes, and it was made at the end of the 19th century at Broom gravel pits, just north of Axminster, in the parish of Hawkchurch. Because Broom is right at the ‘triple point’ where Devon, Dorset and Somerset meet, examples of the Broom axes can be found in several local museums. One of the largest collections is in the Royal Albert Memorial Museum & Art Gallery (RAMM) in Exeter, but there are also examples which are held in the Axminster Heritage Centre collection.

The Broom hand axes were made from chert, a form of microcrystallite quartz which can be broken to form very sharp edges. They were worked on both sides to produce the finished tools, which would have been used mainly for cutting up animal carcasses for food. They were probably made and used by Homo heidelbergensis, an ancestor of modern humans.

The best way to find information on this collection is to put the words ‘Broom gravel axe Hawkchurch’ into an internet search engine, and to look at the information which is then revealed from the University of Reading’s Archaeology department (reading.ac.uk/archaeology), and on websites such as antiquity.ac.uk; england.prm.ox.ac.uk and journal.lithics.org.

There have also been many local finds of Neolithic and Mesolithic hand axes, tools and arrow heads made at local hill forts, including Stockland.

East Devon has long been known to have had a significant Roman presence, and the Heritage Centre holds Roman floor tiles, Romano-British pottery, Roman coins and material from a section of Roman road, all of which were found locally.

For a general overview of the archaeological potential of Axminster (meaning the town and its immediate surrounds) a good source document is ‘Archaeological Appraisal of Potential Development Areas in Axminster and its Environs’ by P J Weddell (Exeter Museums Archaeological Field Unit, Report 91.14, March 1991). This report, which can be found in Axminster library, was prompted by several major discoveries which had been made the year before as a consequence of the Axminster by-pass preparatory works, and the construction of a South West Water pipeline from Musbury to Axminster. The discoveries included a well-preserved section of the Exeter to Dorchester Roman road, confirmatory evidence of a Roman fort (at Woodbury), and by implication the probable site of the long-lost Roman town of Moridunum.

The existence of Roman remains at Woodbury was not new, but the author concluded that “… as a result of these new discoveries, Axminster and its environs can now be viewed as perhaps the most important area of Roman settlement in Devon outside Exeter. Undoubtedly the Axminster area must now be seen to have very extensive archaeological potential”.

As well as the Roman potential, the report (which includes a good selection of supporting maps and illustrations) identifies other parts of the town with further archaeological potential.

Four years earlier, in her Presidential Address to the Devon Archaeological Society (given on 15 March 1986) Valerie A Maxfield had provided a review of ‘Devon and the end of the Fosse Frontier’, in which she reviewed the evidence regarding the route and purpose of the Fosse Way, which is widely agreed to pass through Axminster, though quite where it starts (possibly at the historically important port at Axmouth) is less sure.

This article is one of several documentary sources held at the Axminster Heritage Centre, and the map showing Axminster’s place in the network of Roman roads is included below. 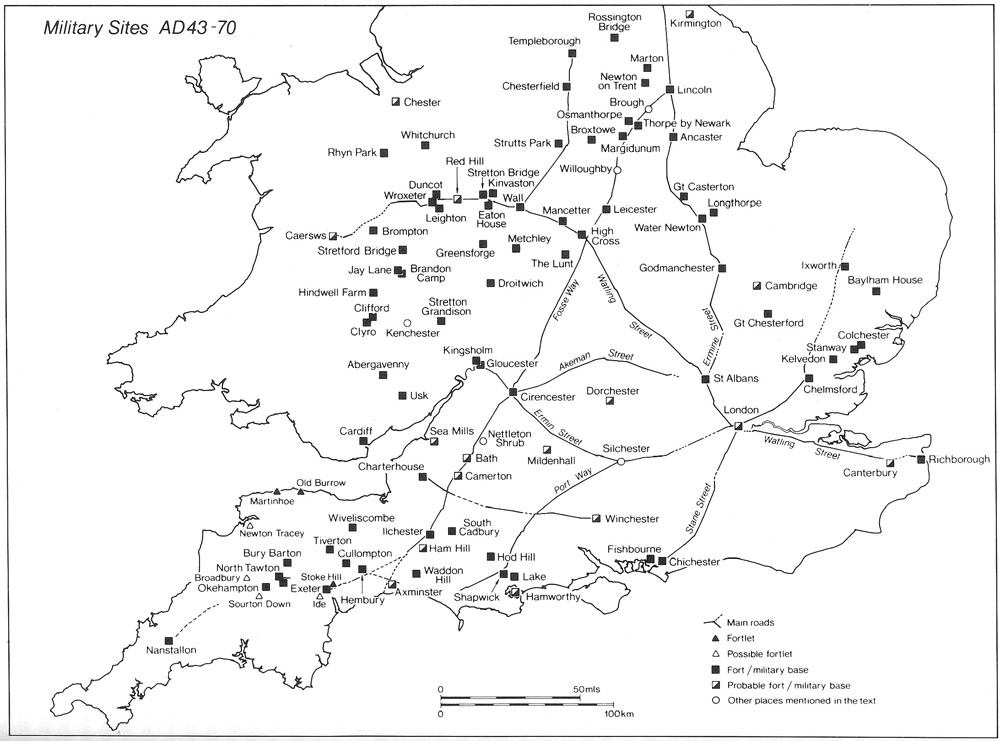