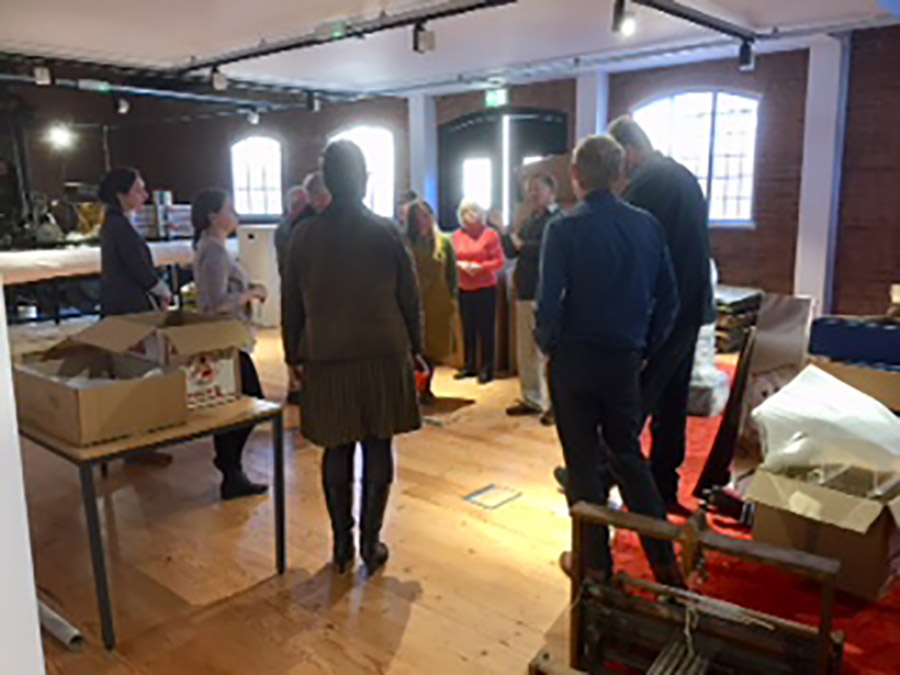 The Making It Local team visited Axminster Heritage in October to see how our project was progressing. They toured the facilities and were impressed with what they saw.

Axe Valley projects have received a share of £1.5million from the LEADER rural grants scheme during the past two years. Now the local action group, which allocates the ‘Making it Local’ money to businesses and community projects in East Devon and South Somerset, has been named the top performing one in the country.

The action group team visited several of these projects in the Axe Valley and held a celebratory event at Seaton Tramway’s new Terminal building. The event was attended by Neil Parish MP for Tiverton and Honiton.

Axminster Heritage’s John Church said, ‘The invaluable support and guidance we have received from MIL is helping us to create a community and tourist centre to celebrate Axminster’s heritage. Our extensive and varied range of community, cultural and heritage activities -including workshops, films, talks, outings and craft events is already well supported by local residents. We are looking forward to when we open fully next spring’.

The aim of the LEADER grants programme is to improve the rural economy by supporting community led projects in England which create jobs, and help businesses and rural communities to grow. Councillor Paul Diviani, chairman of Making it Local, said: “Our rural communities and businesses play a vital role in our local economy and the support from the Making it Local LEADER Local Action Group has had a tremendous impact to help many businesses to take the next step in their development.”