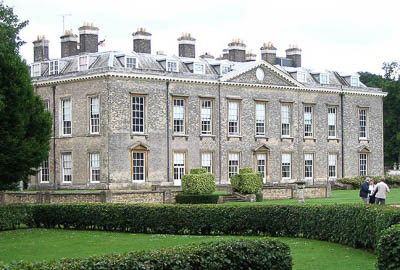 Althorp is a Grade I listed stately home, estate and small civil parish in Daventry District, Northamptonshire of about 13,000 acres By road it is about 6 miles northwest of the county town of Northampton and about 75 miles northwest of central London. It has been held by the prominent aristocratic Spencer family for more than 500 years, and has been owned by Charles Spencer, 9th Earl Spencer since 1992. It was also the home of his sister, Lady Diana Spencer later Princess of Wales, before her marriage to Charles, Prince of Wales. (Wikipedia)

Details
In 1508 John Spencer purchased Althorp estate with the funds generated from his family’s sheep-rearing business. Althorp became one of the prominent stately homes in England. The mansion dates to 1688, replacing an earlier house that was once visited by Charles I. The interior of the house is generally considered its strongest asset as the Spencer family has assembled an impressive collection of portrait art, including several pieces painted by the Flemish master Anthony van Dyck, and countless valuable pieces of porcelain and furniture.

A beautiful, small floral carpet on a brown ground. A central bouquet of tulips, auriculas, roses and rose buds and other flowers is surrounded by 6 swags of flowers linked by sprays and sprigs of auriculars, love-in-the-mist, apple blossom and other flowers. Stems of morning glory and wood anemone fill the rest of the main field. Border is one continuous rinceau-scroll enclosed in identical, 3 band striped guards.
The two most comparable carpets are those in the Saloon at Saltram, dated to 1770, and the Music Room at Powderham Castle, 1790s. The flower and garland designs are clearly matched and the colour range is also similar.